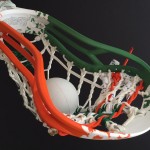 Memorial day was Memorable. May 31

HEY GRANNY WHEN ARE THEM VITTLES GUNNA BE DUNN?

I try as hard as I can to find enough time so I can spend long periods in my tiny little cement pond that sets yonder in a sort of wooden cave (ooh, that sounds creepy), okay redwood cave then, just two steps down from the French doors that open out from my bedroom. There are a couple of tiny, skinny windows to match the overall tiny little décor in the tiny little ‘pool room’. They give a little light to the action in the water.

SOMETIMES CHEAP THRILLS ARE THE BEST

I keep the water temperature at just about 96 degrees or so and I open the doors to my room wide and I sometimes rotate the flat screen that is sitting on my dresser about 90 degrees so I can watch and listen a little as I stroke on by or do my pretend exercise. I love it in the water because it is the one place that I can feel some physical joy of movement without worrying as much about potential or immediate surgery when done. I can have some tiny little fun pretending that I am a tiny little bit still athletic and at any measure I am getting some exercise with not that much pain along for the ride. So I trot around in waist deep water and I shoot my 5 tiny little basketballs into my one tiny little collapsible basket (dunking!) and in my mind I am Isaiah Thomas (pick one) or CP3 for a half hour as I let jump shots fly and rain down on the hoop from all over (the shallow end). Awesome.

HARRY, HONEY IS THAT YOU?

Anyway, I was “swimming” past the TV screen today and I looked up and they were doing a one on one conversation with the Chicago Cubs manager during some baseball game and his name is Joe Madden. The image snatched me up. I need to add a touch of background.

SAY IT IS SO, JOE

I think it might be some sort of Harry Carey tribute, but newish Chicago Cub Manager Joe Madden wears these solid and thick black-framed glasses that are very Harry Carey. Harry is a Chicago legend. He did Cub baseball games on radio for pretty much ever and later TV, too right up until he died at a fairly ripe old age (maybe 10-15 years ago) and mostly he did it in Chicago. He became quite famous all over, however, as the broadcaster of Cub baseball games, and, as many people still remember, he sang ‘Take me out to the Ballgame’ for the crowd for/during the seventh inning stretch every game played at Wrigley. He would lean out from his press box which already stuck out and over a little, and with microphone in hand he was out with the people, and he let it rip. Everyone sang along and all of baseball fandom ate it up like the peanuts and Cracker Jack in the song. He was quite a character. This was Americana while still at its best.

I do not recall the word ‘brand’ being used that much the way it is now 30-40-50 years ago, but people came to know Harry Carey so well that he was recognizable by the style and shape of his very thick black eyeglasses that he wore. He was quite blind. The eyewear stood out from his pearly white hair and head almost like 3D, and he became so recognizable that you knew it was he even when only his glasses were illustrated on a plain t-shirt. Not exactly Prince, But you saw that silhouetted glasses image alone all over the place. He was a bit of a rock star for old lady baseball fans in the later half of the twentieth century.

ONE MORE FOR MY BABY AND…..

He wasn’t exactly Frank Sinatra, but Harry indeed had a brand all his own, and speaking of which, Harry loved his Buds, and by that I mean his Weiser Buds and he always had a cup of Bud suds nearby, so by the seventh inning every afternoon he was pretty much three sheets to the wind, and lest we forget, it isn’t that long ago when they first put lights on Wrigley Field. Forever there were only afternoon games on the North side of Chicago. That took some time to get done. Those were definitely the days, right (?), when people fought over issues like putting lights on Wrigley Field and the White Sox used a midget as a pinch hitter so the guy could get 4 balls pitched (no strikes) that earn a ‘walk’ if the team needed a runner on base. Midgets don’t have much strike zone for umpires and pitchers to work with. I do not think that many baseball announcers (President Ronald Reagan would be an exception) ever became as famous as Harry Carey, or achieved any kind of fame at all outside of the people in the game for that matter.

FAST FORWARD TO TODAY, May 31

So there was Joe Madden up on the TV screen, big as day, and getting grilled by some Syracuse (journalism) educated smart-ass type that is the ESPNer when I saw Joe’s shirt and I had to stop and marvel. Madden was wearing a blue t-shirt (?) with only the black silhouette of his pretty thick black glasses depicted on the front. The drawing of the glasses could have gone either way, Joe or Harry, so I am taking it to be a tribute to the late great Harry Carey. I believe this will continue to be an ongoing tribute, and not just a one hit wonder sort of thing. Harry was a beloved Chicago icon, and Joe can’t lose with the fans on this sort of thing. The Cubs have never won a World Series, though. Never is a long time. They want to.

TRY NOT TO SUCK

The most wonderful thing for me with this was (or is it were?) the words printed on the front. They said simply, “TRY NOT TO SUCK”. I mean seeing that was almost thrilling for one such as myself. This is right now, not 15 years ago…..and it is still right in my wheelhouse! I am certain that all those POSITIVE COACHING books and seminar folks would find this approach to anything or anyone as abhorrent. Oh Lord! Shield the children’s eyes!

PRETTY IN PINK (I guess that was Molly Ringwald who was pretty in pink?)

I find Joe to be very logical as a leader. His kind of rules and regs make sense to me. For example, Cub players are allowed to wear flip-flops on the road when they travel, BUT only if they paint their toenails. Man, I wish I could have been that clever.

THERE IS MORE THAN ONE WAY to kill a goat

Joe puts it (his take on things) right there for all to use. It IS positive. It (his philosophy) just doesn’t fit in all those little boxes we have made with our politically perfect, social media accepted building materials. Bully. I know it is hard for some to accept, but if you think this Chicago Cub professional baseball team is not really good, look again. They are a functioning family because they all know who papa is, not because they are all the same or all superstars. The manager has some eccentricities that don’t fit much convention, but take a closer look, or better yet, let’s just see how it all looks in October.

WHAT IS YOUR SPECIAL PURPOSE? (Steve Martin)

Seems simple; just don’t suck and you are good. Everyone is capable of ‘not sucking’. One doesn’t have to be a star to not suck, so ultimately what can be better than NOT SUCKING? I would bet that there is no other manager in baseball that tells his players he wants them to not suck.

I did some ‘coach consulting’ you might say here in 2016. I worked with teams that had some young coaches trying to build teams and programs at different levels. It was so much fun for me to at least dab a little in the coaching waters again.

The thing I most learned with coaching some this spring I already knew. You/teams play in games the same as you practice, and it confirmed my long standing belief of things like any standing around on the field is worse than a waste of time because it also becomes habitual, and muscle memory is big for me on many levels. I hear teams and coaches talk about all that like they understand how important the physical specifics of practicing, breaking things down on the field of play, and the pace of doing it all is, but then I often wonder if they even hear themselves at all as I watch practice unfold.

Great DI lax games this year of 2016, and the final game yesterday was so exciting. It made the game as a sport look great. The final one (lax) earlier in the day was capped last night with the seventh game between Golden State and OK City (NBA). It was a thriller in Oakville.

In lax, both the Carolina men and women won DI. Must be a pretty good party going on in Chapel Hill long about now even if school is out. Neither was favored and the men were not even seeded in the tournament, but they beat the #1 seed, Maryland in the final.

I Have spent too much time in a mental state that serves me not well lately. I think I needed to just journal a little in hoping to get myself out of my own face and funk. I feel much better now. Thank the Lord for small favors! Night……