– TWISTED SISTER STRINGS (outer Leathers are gone): Help to pinch the head opening to protect and track the ball. They let the ball bang into the sides more, mesh style, than any other Rock-it Pocket has, while making the scoop opening measurement basically become narrowed to college legal specs at 6″ or even less, depending on the head model. Meanwhile no catching area is lost. Nothing is done that alters the head in any way, yet it is altered. You kind of have to try it to believe it. In a HS legal head it would make the whole head sort “Canadian Box” worthy, skinny top to bottom, just like Olive Oil (as in Popeye). You still have to make every pocket your own, always, but I think the ceiling for consistency with this Hybrid in any head model is through the roof based on early tests done by players and coaches. 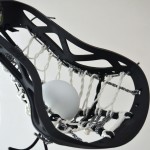 THE HYBRID – FEATURES AND INSTRUCTIONS The Hybrid begins with less material for the result of lighter overall weight. The Hybrid Rock-it Pocket uses just 2 leathers. The sidewall string is a little lighter weight. There are less ‘diamonds’ strung in. Nothing is sacrificed in the area of durability.

TWISTED SISTER top strings pinch the pocket at the top of the head for better tracking and firmer ball control. The Hybrid has only one throw, or shooting string that is easily adjustable. It is placed far up in the head near the scoop. The pocket shape makes the ball act a little more like it does in a mesh pocket, and the Hybrid can be custom ordered high, mid, or low pocket, depending on your playing style.

Like all Rock-it Pocket styles, the Hybrid pocket is built-in and game ready, with little or no break-in time necessary. We recommend wetting the pocket with hot/warm water before the first time that you play with it. This helps to set the knots into the leather and to shape it. After the first week or so the pocket should be settled in for a consistent and durable life of high level lax and almost no maintenance. Wet weather is not a problem, but note that all kinds of weather and other things can affect the feel and performance of the pocket in different ways in most pockets. It is the nature of the pocket beast, but we have taken that out of the equation as much as we could. There are only really two simple adjustment options and each has great range for dialing in the pocket just how you like it. A player can look at the shape of this pocket and they will know how it performs. Keep the good shape! When the pocket leaves here we set it with the combination that we think plays easiest for anyone, but tweaks go a long way with this Hybrid.

ADJUSTMENTS AND CARE – YES, A LITTLE CHANGE GOES A LONG WAY. Leather can stretch, but only a tiny bit compared to the olden leather days, and the poly string only lets it stretch a certain amount because it does NOT stretch. It is easy to keep the pocket shape. Make sure the 2 center leathers are even and not quite snug and hug the ball in the mid section. A small leather adjustment can make a huge difference for release. When adjusting leathers, soak them in warm water first. It is easier to both untie, and to retie, much neater. The leathers stay smooth and will not curl if taken care of just a little. No saggie leathers! The one stock built-in shooting string is easily adjustable and placed very high in the head, and that can change the release point on shots and give a player range with his release point on a given throw or shot as well. 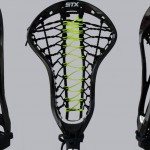 (updated by Flip, 09-30-15)  We had a few objectives in mind when we began designing for the new Rock-it Pocket Hybrid. In an effort to make a lighter-than-ever Rock-it Pocket, we have used a little bit less string, and some of it is a little thinner as well. There are two leathers only. There are fewer ‘diamonds’ and therefore not as many knots, as in less string overall. The pocket result is almost a full ounce lighter than the Classic Rock-it Pocket, and meanwhile as light as any mesh on the market.

The Hybrid gives a player a little more of that mesh feel, too, where the ball is able to kind of bump into the sidewalls as you cradle and it will still be safely, accurately in the track.

While the middle leathers center and hold the ball in the track much like a Classic always has, the side leathers have been replaced by what we call “Twisted Sisters”. These are two thin strings twisted tight and fire-formed into an extremely STIFF single string and placed where side leathers would go, at the top where the head is widest, but then they stop just a few inches down, again keeping things on the lighter side. With heat we melt the twisted poly sisters in order to make them stiff so as to act strong, sort of like a sidewall does. This affect is much like pinching the head. You gain more control of the ball in the pocket, and in this case zero catching area is lost.

Keep a pocket shape having good shape and the (any) pocket will perform better. Look at it and do it often, as if it is your girlfriend (or other whatever), not your slave for success. Try not to expect more than you deliver and the boy/stick marriage can last a long time. Your pocket can talk.

I did something new (for me) with the Hybrid. I sort of strung it backwards, or maybe inside out might be more accurate. I started with the part I usually finish with, and this path led me to some new and different, interesting stringing territory. Usually I put throw strings in early to help to structure the pocket, but here I waited to do them as the last thing done and with as few as possible because the shape does the work. The result was that I only ended up putting in one throw string and no laces at all because the shape held form for throwing and shooting so well without ‘more’. I found also that where that single, adjustable string is placed is very important to consistent performance. Makes sense, right? When you are only using one it has to be on the right line. Spacing is everything in sport. This lack of throw string #’s or volume of them also contributes to the lighter weight of the Hybrid. The sort of proto-type Hybrid throw or shooting string in the head pictured below is not high enough. Now I am making them closer to the scoop. It truly is a release point. The work that hockey laces usually much lower down in the head is done by the shape of the pocket and the “Twisted Sisters” in the Hybrid.

We have, as a pocket team here at Rock-it Pocket, tried to combine and make comfortable a design that is a bit of a crossover and has features that reflect the best of combining traditional materials and a little bit of mesh thinking to give players another clearly unique pocket choice. We wanted simpler, not just more stuff. We wanted neat and tidy to limit pocket ‘noise’ in a player’s head. We are finding that the Hybrid works great in any head. The Hybrid seems to work especially well with heads that like to have the pocket placed high, probably because of the impact of the twisted sisters. However, a feature I like is how easy it is to make this one with a choice of “Low”, “Mid”, or “High” for ball placement or maximum depth. 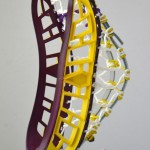 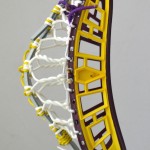 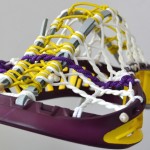 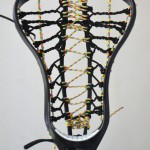 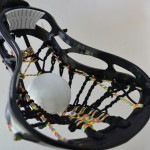 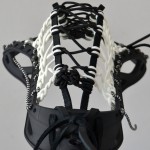 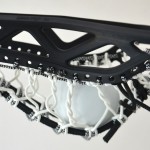 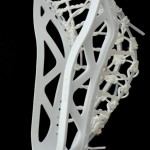 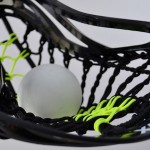 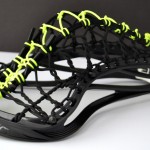 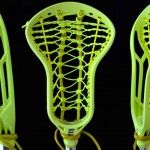