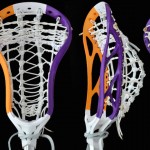 For some time prior to 2003 we had been rolling over the available minds, searching for ways to make a couple of simple but significant changes and to find another kind of pocket that spoke its own pocket language style to yet another type of the passionate lacrosse player.

WEIGHING IN ON WEIGHT

For most, any pocket weight differences such as what we are considering here are slight, almost negligible, but for some in Lax Land weight is a supremely significant consideration with any and all stick things.

We have always pursued ways to remove a little string from the Rock-it Pocket whenever or wherever possible.

We took the first steps toward The George by ‘stripping’ her, er the Classic. We took some cross-string out, as much as we thought we could get away with and still keep good pocket structure.

The resulting George Pocket lives its life having a ball in a lighter overall skin than the other Rock-it bros. A nice bonus to this baby is that she, er, it, has more swing built right in because the pocket is ‘wearing’ less of a ‘skirt’ to begin with, and she, er, it, ROCKS!

REALLY! YOU WEIGHED THE POCKETS? GET A LIFE!

One drawback to some is that the Classic RP is a little heavier than mesh pockets. There is more to a Rock-it, so that logically carries the addition of a little weight. In fact and for example, the weight of the single hard mesh piece is just a little over one ounce, and so are the average 4 leathers we use weighed all together as one, before any cross stringing is added to the pocket mix.

IT’S IN THE BAG

Along the same pocket lines, another goal Rock-it Pocket had for a while was to try and make a pocket that caught the ball as well as anything on the market. We wanted to compete with the mesh pockets that have created more than one generation of “lazy” catchers, players who make the stick do all the work possible, and are upset if they have to do any extra work to catch/hold the ball. 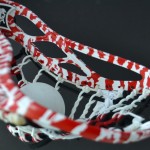 GEORGE IN THE JUNGLE

The concern with the George was that the knots might shift or move around and we didn’t want a pocket where there could be any kind of movement or shifting around of the pocket lacing. This is what can happen when there are less “diamonds” in the lacing pattern, and the ties are farther apart, which means less string used. The path to inconsistency is paved with moving pieces of pocket, and that won’t do with any RP. We didn’t go there. In 2011, we started doing a “double” knot to re-enforce the pocket on the area where the ball sits. We actually implemented this small advancement in ALL our Rock-it Pockets. It works and keeps the pockets from moving in the looonnnggg run. Sometimes the little changes makes the biggest differences.

We managed to strip weight for George without cutting down on the number of knots for the ball to work with inside the pocket. With the George, the Rock-it Pocket concept puts even a little more of the pocket burden on the already very busy pocket leathers. The knots on the two center leathers help the pocket to keep its top to bottom shape.

We replace the side leathers with nylon, which is lighter material that is doing the same job pretty well on the sides. Most of our photos have the nylons, but you might find one or two with all 4 leathers, which was the original model. When you place an order for color leathers on a George Pocket, the side nylons (instead or outer leathers) will also match the colors of the inner leathers.

The first few times you use the George it is important to set knots into place with some hot water and some pounding. Bang the knots until they form a crease in the leathers (get it?, crease?). You can also play catch or against a wall for a day and it will be good to go.

The George became a part of the Rock-it Pocket family back in 2003. The George is named for Naumburg son #3, George, who arrived into this world at almost the same time in 2003 as this variation on the Classic Rock-it Pocket did. The pocket named itself. We can forever link one to the other, at least chronologically, and George is very much a ‘muse’ in many ways, as in, at 8 yrs. old, he inspires his father.

Never take any catch for granted, not now, not in practice, not on ‘the wall’, not ever! Always help your stick to perform well. It will do the same for you. Maybe more.

LOOK THE BALL INTO YOUR POCKET

If you really look the ball in when catching or going for it, the reward is that things will happen in a more controlled catching environment, and with time that will empower one to see things that might be trying to hide in some remote corner of the eye.

Well, how exactly does that happen? Well, it exactly happens when a player catches the ball cleanly, or he picks a loose ball up cleanly off the “floor” the very first time, and at the right time. Well what does that mean? Well, what happens when a player flinches or is not smooth, or doesn’t get the ball the first time and the ‘other guy’ is nearby? All lax players have that movie in their mind’s eye. A seemingly small difference is actually a potential horror show.

The mesh stick set up has made catching simple because there is so much give to the mesh pocket. A deep pocket down in the narrowest part of the head opening holds the ball about as well as legal depth limits will allow. 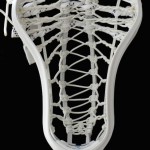 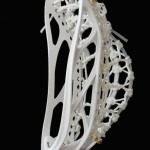 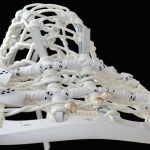 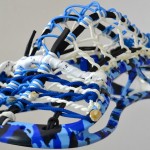 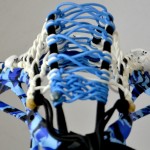 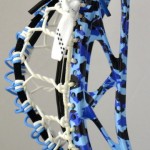 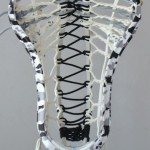 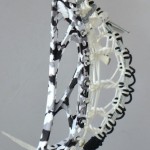 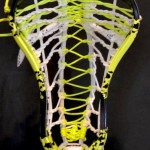 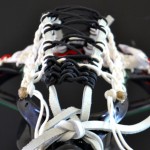 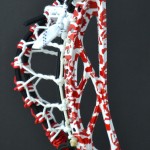