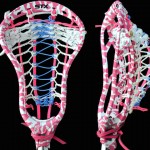 The third Rock-it Pocket was the Davis Dog. The Davis Dog is for the advanced player who likes the pocket placed high in the head, and as close to the scoop as possible. This allows for the hardest shots and maximum ball control. The physics of having the ball sit near the scoop is what allows for more rpm’s. The stroke is longer. This pocket features three hockey laces, and one easily adjustable throw string.

The three flat and loosely woven nylon laces cross and help the top area of the pocket to stretch and be the deepest part and where the ball sits when cradled in the stick. This factor also makes it a little harder to keep the pocket well adjusted, mainly because hockey laces are not as reliable as tightly woven ‘shooting’, or ‘throw’ strings that are knotted into the head holes for tweakability, and there are three laces with the Dog.

The Dog is especially popular with midfielders because it is great for shooting sidearm and on the run.

The Dog pocket does not “rock” quite as well as the other Rock-it Pocket styles because the ball sits in the widest part of the plastic head. The wider that the opening is where the ball sits the channel that is formed tends to be wider as well. 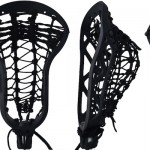 It is sometimes harder to throw an accurate touch pass with this one if the ball moves even just a little. This is a pocket made for high-level players. We don’t really recommend the Dog for long poles, but some of those guys like high pockets, too.

The Davis Dog Rock-it Pocket was developed around 2001. Ryan Davis, who played for us at CSU at the time, helped evolve this pocket. He was a high scoring, high flying attack man who liked a high pocket. He could kill you with quickness from the X behind the goal. As a little man he got us an awful lot of big time dunks, while often paying the big price that some ginormous defenseman made him pay at the end of the play. We had to scrape him up off the ground quite a bit, but he always finished whatever was on his plate first. Good Dog. 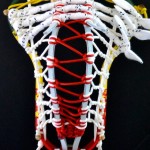 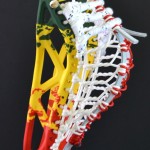 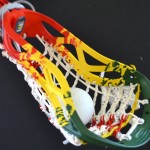 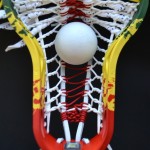 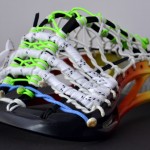 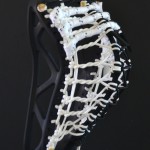 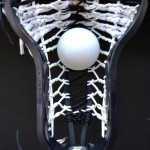 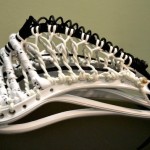 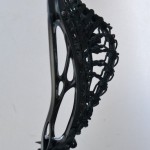 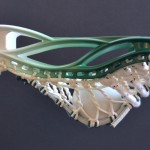 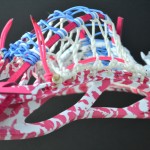 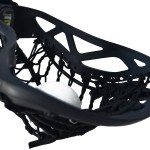