The Rock-it Pocket Classic is a lacrosse pocket that combines the strength and adaptability found in planed strips of leather with extremely durable woven polyester string, and together they form a customized mid-head pocket system that embodies the Rock-it Pocket four-part pocket performance mantra: Accuracy, Consistency, Durability, and Dependability.

The Classic Rock-it Pocket uses the center of the head as the sweet spot for the ball in the stick. The middle often makes for good overall balance and gives the player great feel for the ball. 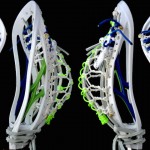 BUILT IN, NOT BROKEN IN

The overall shape of the Rock-it Pocket Classic is pre-formed by three basic manufacturing steps, and with a structure that is shaped to exactly fit the ball. The pocket life begins with a high degree of performance CONSISTENCY that is inherent with the patented design. There is no need to ‘get’ the pocket to anywhere other than where it is, because, of course, it’s already there. This built-in aspect means less or no break-in time.

With the Rock-it Pocket, passes and shots can work as 2 different kinds of playing element that are unified and working together inside one pocket.

Around here, we think of the Rock-it Pocket as “game ready”.

Having the pocket deepest right in the middle of the face, as opposed to high or low in the head, leaves room for the ball to get tracked and rolling toward the target before it meets up with and crosses the shooters.

The Classic combines an always-quick release potential with the capability to also take the big wind-up to get a harder shot. The ball will stick in a well-cradled Classic Rock-it Pocket so the player can take a long and or quick back swing to get more of his body parts involved and contributing to his overall pocket power.

The versatility of the Classic allows a shooter to also punch home the in-close, quick, corner pocket shot, the one with stick whackers all around trying to foil the offensive thrust.

With a decent shaft and a Classic in your hands, you can really feel the ball roll across the different strings at pocket travel points.  This can only aid in the all-important ‘touch’ department of the stick and stick handling.

WHY WOULD YOU EVER WARM UP A GOALIE WITH ANYTHING ELSE?

Because every Rock-it Pocket is built for the ball, it does not ever wander far from its original string and leather adjustment place, even when it rains. The polyester string won’t let the living, breathing leathers stretch beyond just the right depth, so the pocket is adept at holding its shape over time and weather.

ACCURACY is built right into the Rock-it Pocket. The leathers dictate exactly how the ball can move, making the release point the same every time. This is an X factor that can build a lot of confidence in a player.

Players want to have pockets that track and lift the ball as it rolls up in the pocket. They also want to be able to use their hands and wrists to make late changes to when and where the ball will go.

The Classic is set up to make easy and or significant adjustments to fit different personal playing styles. 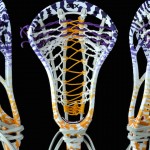 LISTEN TO YOUR STICK, GRASSHOPPER

Rock-it Pocket has your DEPENDABILITY back. If you listen close enough you just might hear your stick whisper the phrase, “Just point and shoot”.

Or, maybe it’s shouting out. Ground Zero? The Bomb? First time, every time!

WHERE THE LEATHER MEETS THE ROAD

The leather strips are at the heart of the Rock-it Pocket and the way it performs.  Leather helps you coming and going.

Leather naturally has some give or stretch and that helps to shock absorb some of the incoming force when catching the ball.

Leather in general, but especially the leather in the Rock-it Pocket will provide friction for and grab the ball so that it can roll and pick up momentum for better ball control on the release.

The leather strips attach through holes in the scoop and then back in at the throat area near the base of the head. The leathers go into the pocket-less head first, and the 4 leathers together begin to define the future Rock-it Pocket shape. The polyester is then woven around and locked into the leather to create the perfect place in the stick for a lacrosse ball to call home.

The two center leathers of the four in the Classic form a teardrop shape that allows for them to wrap around and hug the side of the ball to keep it always in one pocket place while the pocket itself rocks like a hammock. Good cradling and a Rock-it Pocket together will sort of hide the ball in the pocket, allowing the pocket and the stick to have great hold.

Leather adjustments on any Rock-it Pocket are quick, simple, and give a player total control over the amount of whip he wants to play with in his pocket.

Individually adjustable nylon shooting strings give the Classic the ultimate fine-tuning capabilities, and when a player loves the way his stick performs, there can hardly be a truer form of love known to Lacrosse Man.  Whether you like the ball to roll off the very tip top of the head when released, or if you want it long gone way before that, a small, easy-to-make change on the correct throw or shooting string in the Classic puts that consistency at your fingertips. 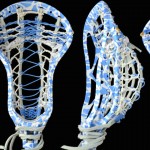 TAMING THE POCKET MONSTER – Once upon a time….

The Rock-it Pocket magnifies the things that ‘we’ like best in pockets, and eliminates a few of the things that ‘we’ hate about the commercial pockets that came in the first sticks ‘we’ ever owned. ‘We’ hated the ball rolling around in the pocket, and or banging into the sidewalls. ‘We’ hated the sidewall strings sliding around, in and out of the stringing holes, wearing the strings thin and frayed in a matter of days or weeks.  This made no sense.

Loose sidewalls can also easily confuse any adjustment issue.  Are the leathers too loose? Maybe the shooting strings are too tight.  “What do I need to do when the pocket changes” is an age-old pocket question. Stringing the sidewalls tightly not only makes them have far more DURABILITY, but it also simplifies things by taking one dicey variable out of the whole perfect pocket adjustment equation.

Knowing what to do when the pocket changes is a minor skill set every player should possess at least a little of.

Because heads have differences in shape and hole placement we sometimes must also make adjustments so that the Rock-it Pocket really is and always performs to Rock-it Pocket standards no matter what head it is built into.

Our goal is for every player to have a pocket with a touch that will consistently give him the best possible and most extreme feel for the ball itself. He NEVER would LOOK to his pocket to see if the ball is still there because he would ALWAYS KNOW by feel.

Sometimes with mesh, hard, soft, Canadian, whatever, the ball will slide around in the pocket, and this is not a great thing for improving the element of consistency. Mesh does morph and change in variable weather conditions, too, and that is not always a great development either. Mesh pockets can get very finicky in a rainstorm, or even if the climate is too dry.

Leather does add a little weight when compared to the ultra-light mesh pockets, but with how weightless heads are now, the difference is truly negligible, while the performance upgrade has been proven over time and through all kinds of climate concerns. If anything, a little extra weight with the leathers on the ball in the Classic makes it easier to cradle hard and absorb checks well.

Every Rock-it Pocket is made by hands that take pride in each pocket and in every phase of production. Team Rock-it Pocket is made up of a strong core group of stick guys who have been working together, dying heads, making pockets, and putting the right stick together for thousands of lacrosse players over many years. Pursuit of quality is our cornerstone of production ideals.

Endlessly, put the pocket in, play around with it, and then take the pocket out for the next re-invention. Wax-on, wax off, times a million.

The Classic is in fact the original Rock-it Pocket. The whole pocket company thing was just ‘a boy and his dream’ back in the eighties in Southern California. With only minor tweaks and a material change or two, the Classic has endured more or less in tact. It has always been, and ever will remain a ‘pocket works’ in progress.

The embryo Rock-it Pocket was put in use first on the beaches all over California, and often it was being demonstrated for any and all interested California sea lions by the usually singular, mostly solitary, and sometimes silhouetted late afternoon sight of the barefoot, balding beach boy packing a lacrosse stick and busily dip dodging beached hunks of driftwood, stutter-stepping high tide watermarks in the sand, or looking for a sea gull to dish the ball to.

SHERMAN, SET THE WAY BACK MACHINE TO…. (Mr. Peabody)

The Rock-it Pocket began commercial production with an energetic and hopeful crew of one as 1986 was becoming 1987.  It ‘all’ happened in a very a small but also windowless warehouse on Reddick St. in Santa Barbara, California, and it really wasn’t that long before there was a greater need for stringers even though the base of operations was about 3000 miles from the main mark, the once and future lacrosse Mecca known simply as Baltimore.

There were a couple of Rock-it trips to large events at Hopkins, and after that, the rest as they say is Rock-it history. Lax World in Towson, MD, and in particular the late, great founder of Lax World, Lance Holden, was the first ‘big break’ for Rock-it Pocket, and soon that store was ordering them by the hundred in white heads they shipped out to California to be strung.

The Classic was just what the patented Rock-it Pocket was. There was no stable of styles. It stood alone, and you could get one shipped by UPS in a Brine Superlight 2 (circa late 80’s) factory direct for only $49 complete. 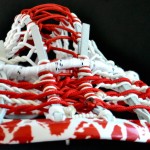 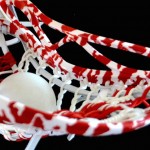 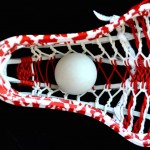 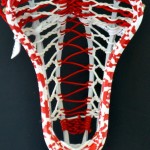 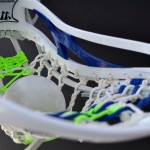 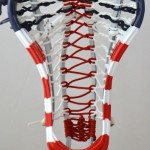 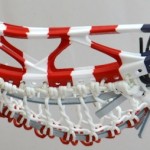 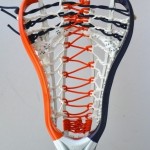 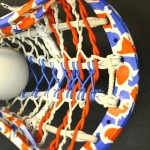 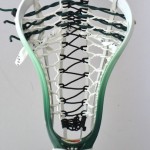