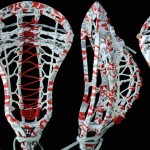 The Bam Pocket is the 5th incarnation of the Rock-it Pocket. The ‘Bam’ ball center is slightly above where the middle pockets carry the ball. With the NCAA rule changes firmly in place (for now) that make the throat of the head wider in order to be legal for collegiate use, NCAA players especially need to rely a little more on their pocket to hold on to the ball rather than depending on some of the skinnier, pinched head shapes manufactured in the recent past.

The ‘Bam’ is a pocket designed to maximize the great hold that leather pockets offer while giving players the same throwing characteristics of more contemporary mesh pockets. Individually adjustable, well placed, and perfectly spaced throw strings have the stability that lets you tell the stick when to let go of the ball.

In concept the ‘Bam’ has three basic pocket goals in mind:

1) Less weight. As sticks have become lighter in recent years the weight of pockets has become more noticeable. The first thing we did was to replace the 2 outside leathers of the original 4 with nylon string, which cuts down on weight, particularly in wet weather. Those sides, whether leather or nylon in the ‘Bam’ work best when kept tight. There is less string strung, and that sheds some weight, too.

2) Combine. We took a few of the qualities we like about the other Rock-it Pockets and put them together in an effort to build a hybrid pocket that would appeal to a certain kind of playing style. The Classic Rock-it Pocket helps to narrow the pocket channel in any head. That is always a good start. The idea with the ‘Bam’ is that guys who really have a hard crank shot can sometimes stretch out the top of a pocket when there are fewer strings, similar to the George Pocket advantage. This creates whip potential, too. We also borrowed from the Pookie Pocket by keeping the middle leathers closer together towards the top, the effect of which is also to eliminate unwanted whip.

3) Hold the Ball. The newer, wider heads mean the plastic of the head is going to be carrying less of the load as far as holding on to the ball. Like all Rock-it Pockets, the leather and the shape are going to automatically give you better hold than mesh. In addition, we have spread out the shooting strings so the ball sits right on the bottom string and there is less ball movement up and down in the pocket while you cradle. This means the ball is always right where you want when it’s time to throw. Also, by minimizing the string where the ball sits, like the George does, the pocket softens fast for better catching and cradling starting on day one.

The ‘Bam’ is called the ‘Bam’ in honor of Dylan “Bam-Bam” Preble (sounds like pebble), who received the nickname and tag of “Bam-Bam” from Rock-it Pocket inventor Flip Naumburg at Colorado State University and has been a resident stringing guru and gear junkie here in Fort Collins, CO for a while. Dylan’s input led to this pocket having a slightly different release. The idea was to keep all the advantages of the classic RP but give it a more familiar throwing release for guys who grew up playing with mesh. The most obvious difference is that the spread-out shooting strings give a quicker release, more like a mesh pocket than the Classic Rock-it Pocket. The Bam Pocket will fit nicely in many other heads as well, but its evolution came about with the 2010 rule changes in mind, so any X for universal head has good ‘Bam’ possibilities. 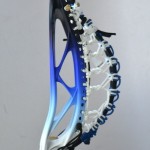 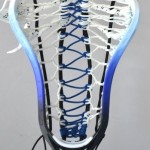 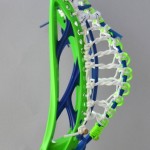 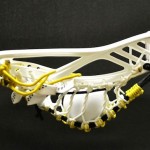 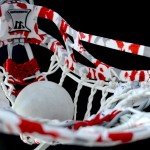 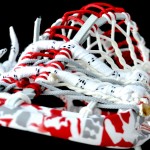